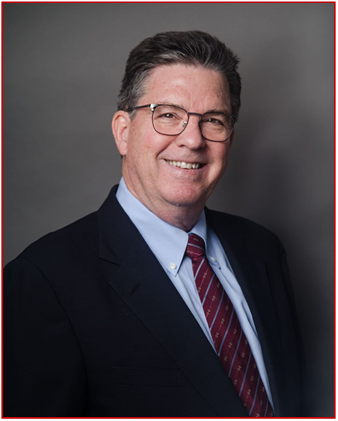 With a heavy heart, we are writing to let you know that Thomas Eugene Wendel, CEO of IGI since 2018, passed away on October 20, 2021, after a brief battle with cancer. Tom was loved dearly by his family, friends, and colleagues and will be sorely missed.

A veteran of the U.S. Army and graduate of Saint Ambrose College, Tom was a skilled strategist and meticulous investigator who humbly led IGI – first as CFO, and later as President and CEO – over the past 20 years.

Tom began his career in Chicago as a CPA with Arthur Andersen, where he rose to partner in the firm’s Houston office. Tom and his family moved to the D.C. area in the early ’90s, where Tom became CFO of Garfinkels’ department stores and then Vice President of Finance for Scripps League Newspapers.

Tom was the eldest of ten children raised on a farm in eastern Iowa. He is survived by his wife, Brenda; his mother, Mary Clare Wendel; his daughters, Stephanie Hedlund and Jacqueline Davidson; his grandchildren, Annalise, Annika, and Logan; his nine siblings; and many nieces, nephews and uncles and aunts.

Tom was a model of precision in his work, and his ingenuity was treasured by our clients, especially in litigation and adversarial matters. Terry Lenzner, IGI’s founder, regularly joked that Tom – who was a CPA – was one of the best attorneys he knew.

Tom was also a cherished and esteemed mentor to generations of IGI investigators and researchers. Former IGI CEO Jon Lenzner said, “I am sure everyone would agree that Tom is one of the most impressive and caring people we have had the privilege to work with. He has been an extraordinary friend, colleague, and mentor to many of us, and this news is devastating. I can think of few others from whom I have learned more than Tom Wendel.”

Despite his measured and earnest manner, Tom also had a wonderful sense of humor and a sharp wit. Larry Potts, Chairman of IGI’s Executive Committee said, “Tom and I were friends for almost 25 years. I loved every minute we spent together. Like all of you, I will miss him every day. We will carry on in the strength of the legacy he has left for us.”

IGI Executive Vice President Douglas Graham said, “I count myself lucky to have known and learned from Tom over the past seven years. Tom is irreplaceable but his vision, leadership, mentorship, and precise planning will live on as IGI continues to grow and thrive in the years to come.”