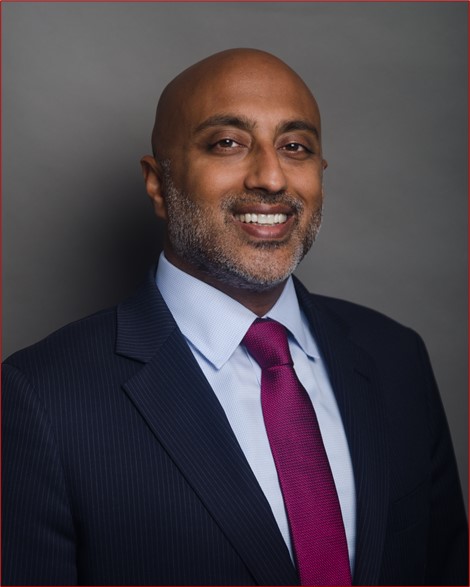 IGI President Arun G. Rao has been selected by the Biden Administration to serve as a Deputy Assistant Attorney General in the United States Department of Justice’s Civil Division, overseeing the Consumer Protection Branch.

Arun has had a distinguished career in both the private and public sector. Prior to becoming the President of IGI, Arun served as Chief of the Southern Division of the U.S. Attorney’s Office for the District of Maryland, as a Deputy Associate Counsel in the Office of the White House Counsel, as an Assistant District Attorney in the New York County District Attorney’s Office, and as a law clerk to the Honorable Julia Smith Gibbons of the U.S. Court of Appeals for the Sixth Circuit. Arun also is an adjunct professor of law at Georgetown University Law Center, where he teaches Criminal Law.

“We wish Arun all the best in his new role, and we are confident that all of us, as citizens, will benefit from his contributions to the work of the Department of Justice. Arun’s leadership over the three and a half years since he joined IGI has been integral to our continued growth and success as a preeminent investigations and risk advisory firm. It has been an honor and a privilege to work alongside Arun while helping our clients in a variety of high-stakes situations.” – Tom Wendel, CEO, IGI

Founded by former Senate Watergate Committee counsel Terry F. Lenzner in 1984, IGI is a leading risk advisory and corporate investigations firm with decades of experience in delivering sophisticated and timely intelligence to clients in complex, high-stakes, and crisis situations. Described as “legendary for its ‘opposition research’ probes – political or otherwise” by The Washington Post and as the “gold standard of private financial detection” by The New York Times, IGI’s sophisticated fact-finding and analysis is designed to help clients obtain successful outcomes in a wide variety of situations, including matters requiring competitive and regulatory intelligence, litigation support, cybercrime investigation and response, and due diligence and vetting services.

Arun is the second IGI executive to be selected for a leadership role in the Department of Justice in the past three years. Former IGI CEO Jon Lenzner rejoined the Department of Justice in 2018 and is currently serving as the Acting U.S. Attorney for the District of Maryland. IGI is proud of its long history of cultivating talented industry leaders who also share a commitment to public service.

A copy of the announcement is available here.